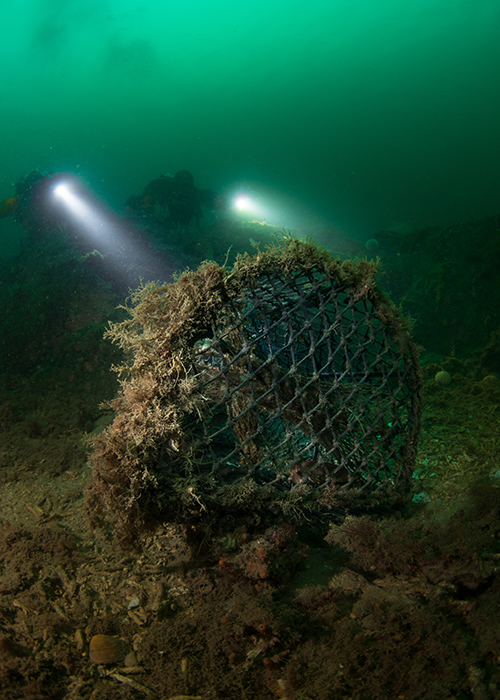 Ghost Diving is back in the UK

After a brief absence last year, several British technical divers have regrouped and re-established a Ghost Diving chapter in the United Kingdom. It will be dealt with more thoroughly from the start, so there will be two teams within Ghost Diving United Kingdom, each operating in their own area in both the North and South of the UK. Team North has Tynemouth as their home location and even their own boat in their arsenal, Team South will operate from Cornwall.

In the past, our Dutch and British diving teams have successfully collaborated on several projects in the UK. After changing our name from "Ghost Fishing" to Ghost Diving last year, we sadly parted ways with "Ghost Fishing UK" which continued as its own entity. This is was mutual decision. As a result, our activities as a globally active organization were temporarily suspended in British waters.

In line with the organization's modus operandi, Ghost Diving United Kingdom will also participate in global missions in collaboration with other international chapters. On a national level, partnerships will be established with local diving and conservation groups to form a strong front in the fight against marine pollution, especially that caused by lost fishing gear. They have already established a partnership with Healthy Seas, a non profit environmental organization that will take the nets and make sure they become a valuable new resource.

We wish both coordinators Duncan and John the best of luck and strength in organizing successful recovery operations in the safest possible way. Follow Ghost Diving United Kingdom now on their own social media channels: Facebook and Instagram.