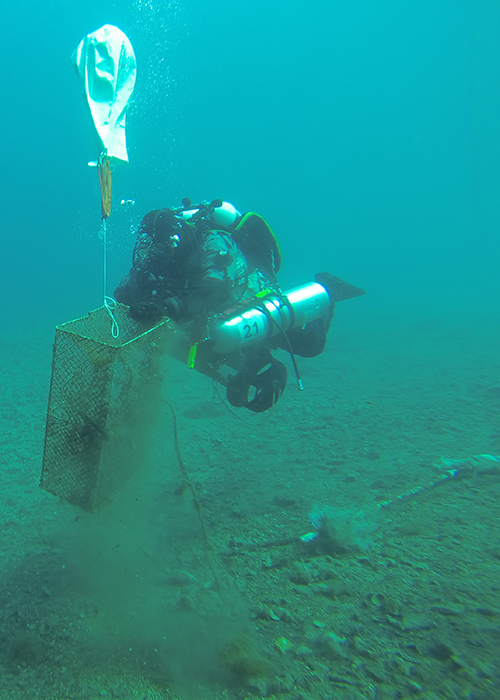 Clean-ups around the Croatian island of Cres

Cres is an Adriatic island in Croatia. It is one of the northern islands in the Kvarner Gulf and can be reached via ferry from Rijeka, the island Krk or directly from Krnica, the homebase of Ghost Diving Adriatic.

Cres and the neighbouring island of Lošinj once used to be one island, but were divided by a channel and connected with a bridge at the town of Osor. Cres's only fresh water source is the Lake Vrana.

During their latest trip, the Ghost Diving Adriatic volunteers were joined by Solene Cva Ça Roule de Source, a 23-year-old student who is cycling throughout Europe to raise awareness about projects to protect the #Adriatic and #Mediterranean Seas! The diving team recovered approximately 200 meters of gill nets, 200 meters of long lines and a cage, to protect the marine area surrounding Cres Island.

Don't forget to check out the short video below!