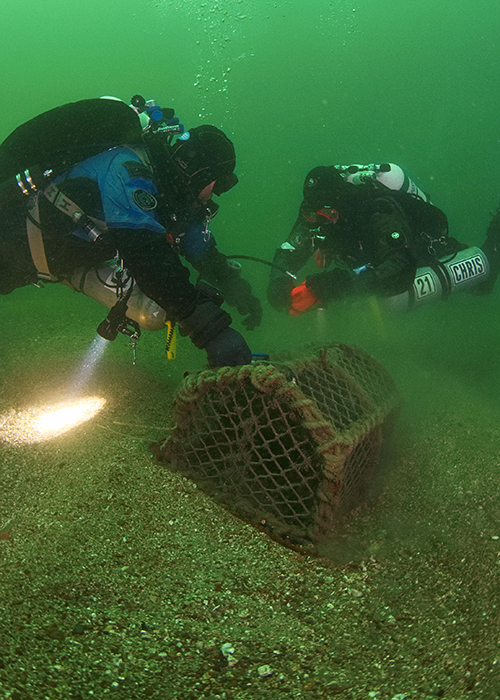 In Early December 2021, Ghost Diving UK were in Greece collaborating with Healthy Seas as part of Ghost diving's global mission. We received a call from a Scottish fisherman, Graeme, based in the beautiful Moray Firth. He asked for our help to recover over 600 lobster creels lost as a result of the worst storm in nearly 100 years to hit the east coast of Scotland. We didn't think it was possible. Diving operations on this scale were not what we were kitted out for when we brought back a local chapter of Ghost Diving in January 2021.

7 months, 5 visits and over 60 dives later... we have finally removed the over 600 ghost fishing creels lost during Storm Arwin.

Without the support of our partners Healthy Seas none of this would have been possible, collaboration is the key and without working side by side with the fishing community the tons of rope and ghost creels would still be in the Moray Firth.