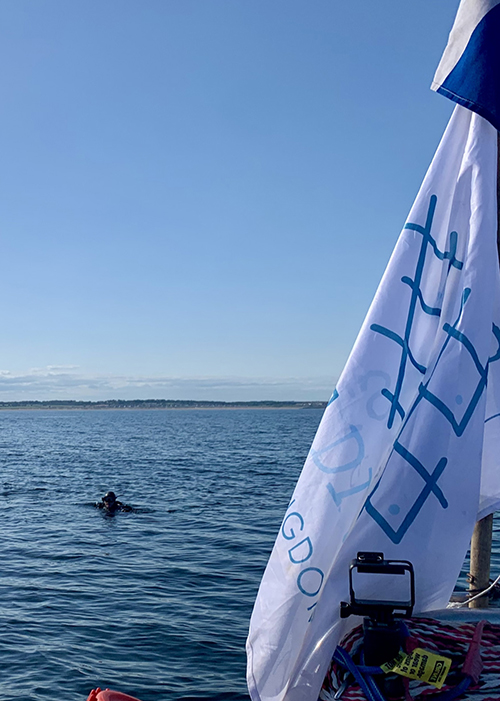 Recently, Ghost Diving UK has been running surveys North and South of Tynemouth in the region of 20-45m. We have Identified a large trawler net by pure chance we couldn't dive our intended target as it was fouled by some recreational fisherman who stubbornly remained on the spot, we shifted to a new target but had now missed the slack, in a decent current by luck we discovered the net which we surveyed and now plan to lift in august with the use of a hard boat.

On the way back from this survey we were hailed by some Yachts who asked for help removing rope and a buoy from the prop as it prevented getting through lock Royal Quays marina, they moored up and we dived under and chopped off the rope fouling the prop.

Surveys have resulted in some ad hoc lobster and crab releases; the pots have been disarmed and marked for future removal. A collaboration with a local university has given us access to some useful photogrammetry which complements our survey data.

We intend to focus on lifting in August as the weather eventually improves and we gain access to a local dive boat that runs out of Tynemouth.